Jose: We’re originally from Mexico. We came here in 1983 when I was one year old and Edgar was four. We always were very close. We were always taught up to respect our elders and stuff like that. To love one another no matter what.

Eddie: Jose is a really good guy. He has been taking care of the family for quite a while. Jose’s a sweetheart.

Jose: Eddie’s a big part of my heart. I mean, I love Edgar. He’s amazing. He’s someone that when I never saw a lot about myself he would see a lot, and he would− he is the reason why I am where I am now.

Eddie: I was tested positive in 2010. Two years prior to that I was constantly getting sick. I said just give me a full checkup. I didn’t know that you were supposed to ask for an HIV test. When I was finally diagnosed that I was HIV positive it was a big relief. Because throughout those two years I wanted to know what I had so I could go ahead and start taking care of myself. And I didn’t know how the family was going to take it, so that was a little worry, the stigma that’s still around HIV.

Eddie: They actually thought they had to do, like, a separate restroom, get different utensils, different sheets, and it was hard to hear that they were actually thinking that, because I obviously knew that it was not passed around by touching, or kissing, or hugging, but they didn’t know that.

Jose: That was a conception that we first had at first. But once we went to the classes we knew that you cannot get HIV by a hug, a kiss, by sleeping next to them, by eating off of the same plate, by sharing your spoons. You can’t get HIV from any of that, you know? You can’t. When we found out about Edgar we just became a lot closer. We couldn’t let this break us apart. If cer− if bigger problems hadn’t broken us apart, this wasn’t, and it actually brought us a lot closer.

Eddie: I’ve been very fortunate to have a lot of support from my family and my friends because in my case it helped me, like I said, to fight to live. So, I’m fighting for myself and I’m fighting to live for them. If I didn’t have the people that I have with me, the depression would have taken over and that would actually lead to me not wanting to take my medications, not going to the clinic, taking care of myself. I probably would not be here right now if I didn’t have any support.

Jose: HIV can be controlled with medicine. And if you take care of it, you can live with HIV for a long, long time. You can die from old age before you die from HIV.

Eddie: It’s important to take your meds, especially. I believe with any disease you have, but someone who’s HIV it’s really important to follow your medications. I’m lucky to say that I’m undetectable right now. Being undetectable does not mean I don’t have HIV, it just means that it’s really low inside my blood and that has to do a lot with taking medications and following the doctor’s rules. It means that I’m healthy and I’m less likely to pass it on to somebody else.

Jose: I always ask him, both me and my mom, when do you have your next clinic? Have you taken your medicine?

Eddie: Something my brother Jose always tells me is, you take care of yourself and I’ll take care of you, I think I’m the lucky guy. It feels really good. For more information about supporting loved ones living with HIV, go to family.greaterthan.org.

Jose is Eddie’s older brother. They have been close ever since they were kids, but when Eddie found out that he had HIV they grew even closer. Jose didn’t know much about HIV, but he and Eddie went to classes together, and Jose helped educate their family about HIV so that everyone knew that they could hug Eddie, share food and drinks with him and have nothing to worry about. Jose asks Eddie when his next doctor’s appointments are and he helps him stay on top of his treatment. Today their family is closer than ever and they continue to take care of one another. 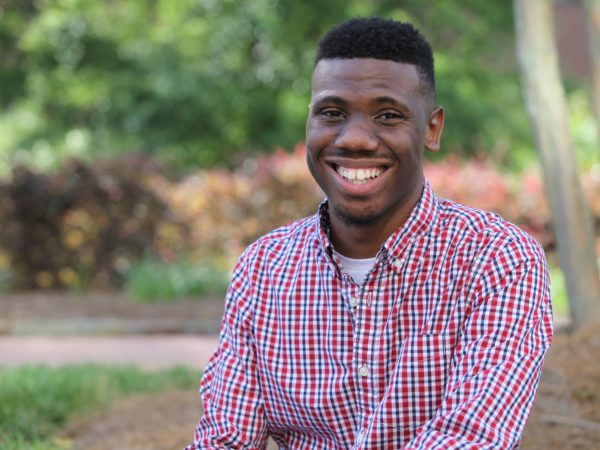 "My mom is always by my side, making sure I take my meds."

"This is your child. Nothing else matters." 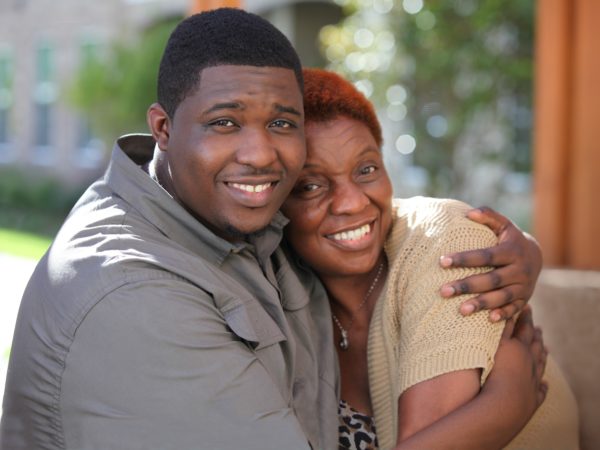 "It makes us stronger."