Skip to content
NewsPlanned Parenthood is Greater Than AIDS!

Let’s Talk About PrEP – now at Planned Parenthood health centers around the country! 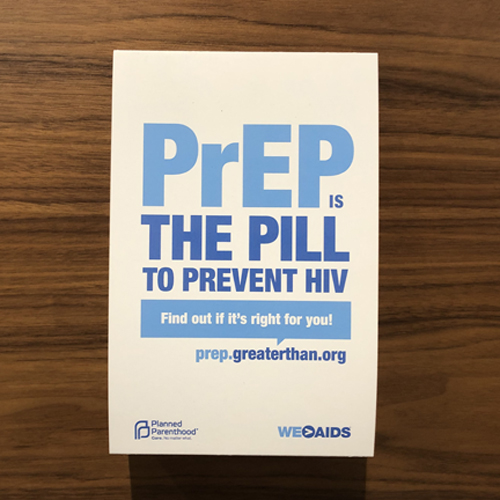 Greater Than AIDS has teamed with Planned Parenthood – a leading national provider of sexual and reproductive health care – to increase awareness of PrEP, the pill to prevent HIV, among their clients.

Approved by the Food and Drug Administration in 2012, PrEP is a once daily pill for people who do not have HIV and want added protection. When taken as prescribed, PrEP has been shown to reduce risk of getting HIV from sex by more than 90%. Yet, many don’t know about it. A 2017 national survey by the Kaiser Family Foundation found more than 85 percent of 18-30 year olds were unfamiliar with the prevention option.

To help increase awareness, Greater Than AIDS is providing Let’s Talk About PrEP brochures, palm cards, and posters for use in Planned Parenthood health centers. Buttons and T-shirts with PrEP messaging worn by staff encourage conversations about PrEP. 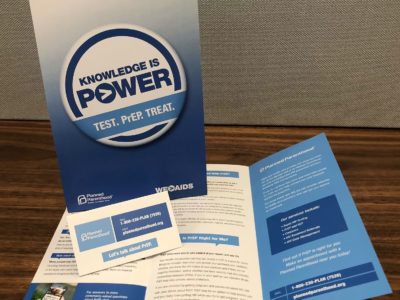 “The materials are a great way to start the conversation about PrEP with our clients – especially for people who haven’t heard of the pill before. And with the brochures, I can send them home with even more information,” shared one Planned Parenthood health affiliate director.

Despite the hope PrEP offers for bringing down HIV rates, the CDC reports it is still not reaching most Americans who could benefit from it. Uptake among women has been particularly slow. According to AIDSVu, women accounted for only 7 percent of those taking PrEP in 2016, while representing 20 percent of new diagnoses in the U.S.

For more information on PrEP – including frequently-asked questions, videos of real people sharing their experiences with the pill to prevent HIV and more – visit greaterthan.org/PrEP. 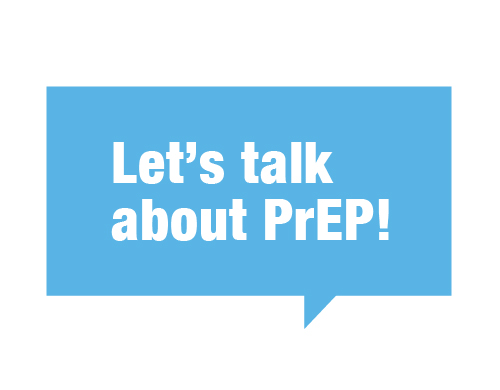 What is PrEP? Who is it for? How well does it work?

Get answers to these and more frequently-asked questions about HIV prevention.

And watch videos of real people sharing their experiences with PrEP.