According to a national survey from the Kaiser Family Foundation, few gay or bisexual men are talking much about HIV these days with anyone, including their health care providers.

Greater Than AIDS is working to break that silence.

Two of the nation’s top HIV doctors are providing frank, no-nonsense answers to questions from gay men about prevention, testing and treatment in #AskTheHIVDoc, a new YouTube series from Greater Than AIDS. In just three months, the videos have already been viewed over 700,000 times.

Dr. Daskalakis, the Assistant Health Commissioner of New York City’s Bureau of HIV/AIDS Prevention and Control, is known for his energetic, active approach to addressing HIV/AIDS.

Appearing alongside Dr. Daskalakis in the series is Dr. David Malebranche, a primary care physician at the University of Pennsylvania’s Student Health Center with expertise in clinical management of HIV and behavioral HIV prevention research with Black men in the United States.

Dr. Malebranche says he hopes people will use the information as a jumping off point with their own health care providers. “Whether it’s in your relationship, in your community or with your health care providers, our hope is that these questions give you the tools to start having real conversations about HIV with the people in your life.”

In addition to being highly-regarded HIV/AIDS clinicians, both doctors are also openly gay and bring a personal perspective to their responses. As Dr. Daskalakis says in the video, “We have no shame about it, so you shouldn’t have any shame about it.” 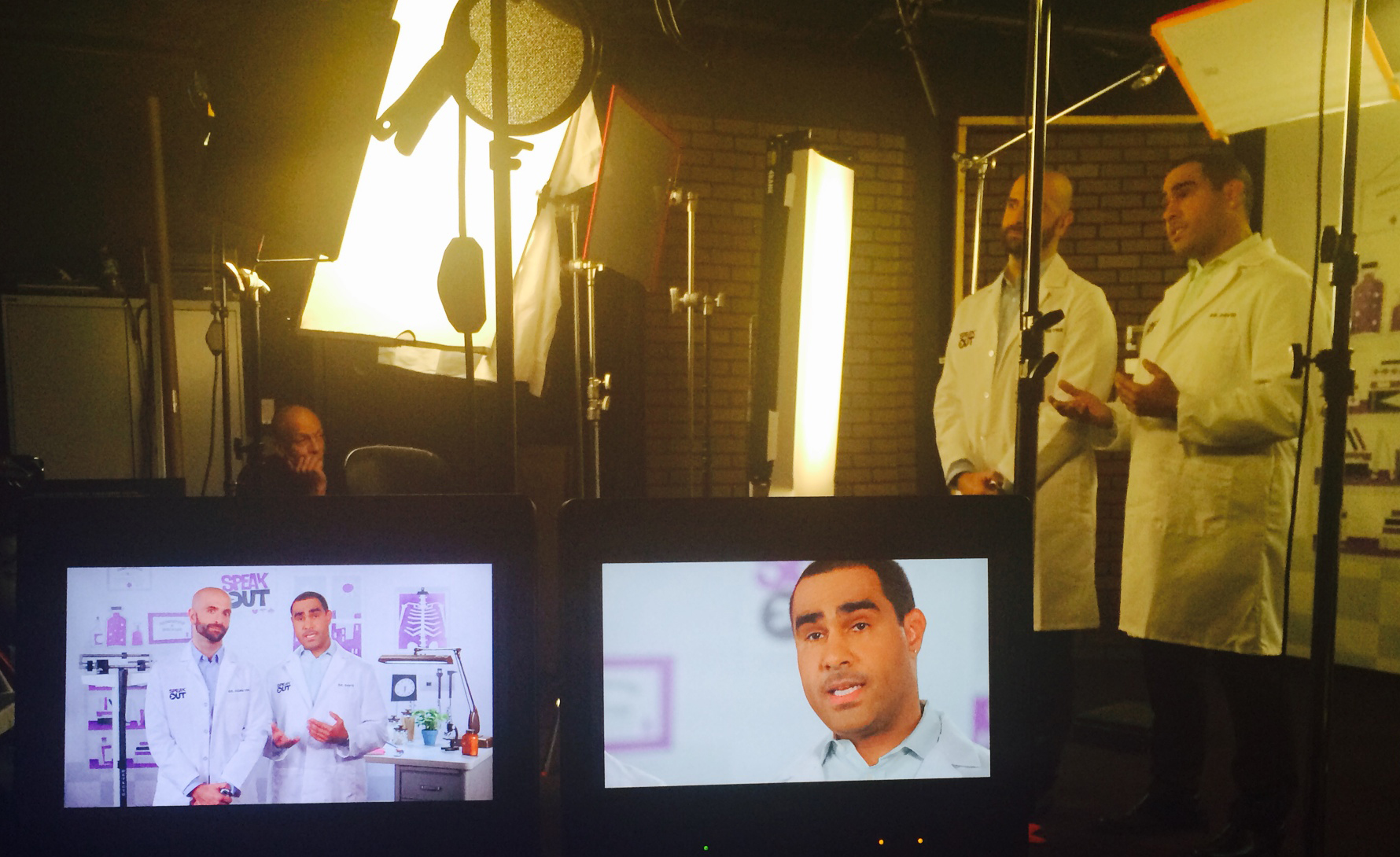 While the tone of #AsktheHIVDoc has a playfulness and lightness, the answers are straightforward and packed with useful information.

Questions were solicited by Greater Than AIDS through social media and reflect those that some may be reluctant or not even know to ask: Is there some sort of regular checkup I should be getting, like a gay physical? Are there different levels of risk for a top and a bottom? What does “undetectable” mean?

“#AskTheHIVDoc seeks to take away any shame or stigma that men may feel in talking with their health care providers about HIV, while providing much needed information,” says Tina Hoff, Senior Vice President and Director of Health Communication and Media Partnerships, Kaiser Family Foundation – a co-founding partner in Greater Than AIDS. “When we know better, we do better.”

Greater Than AIDS partner HERE Media (OUT, Advocate, Plus, pride.com and more) is helping to promote the series through its platforms. The series was filmed at Here Media’s studio in New York City.

Dr. Charlene Flash – an HIV specialist and primary care doctor based in Houston – joins the superstar roster...
Dr. David Malebranche, MD, MPH – aka “Dr. David” - is back with more than 40 new #AskTheHIVDoc videos about...